After shooting the Nocturnal Wonderland festival last month, I figured it would be cool to have another go at it. I enjoyed it and wanted another chance to get soem solid images. The first time was more to get a feel of how everything works, and now that I was a tad bit more comfortable shooting and working in this atmosphere, hopefully I could step it up a tad. 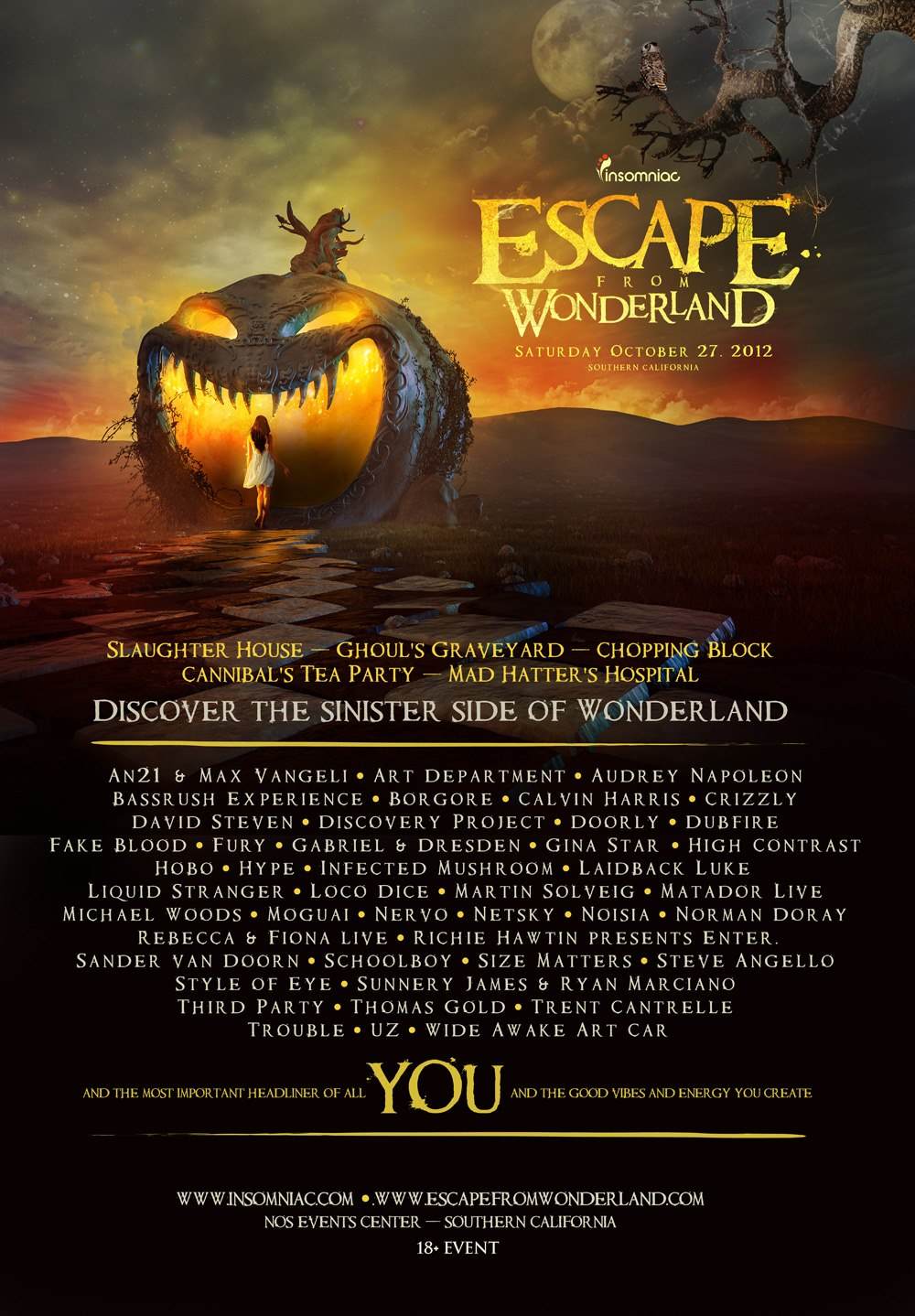 I went in with the mindset of focusing on getting a few solid shots of a couple artists. The other extreme would be a ton of subpar images of a ton of artists. Realistically, I knew I couldn’t really shoot on two of the main stages. Well, I could shoot, but I would be in the pit and I couldn’t use my flash. I know it’s a tad ridiculous that I want to use a puny $500 light when there are literally 100s of thousands of dollars of lights on each of these stages- but I can’t control those.

I wanted to shoot the DJs on the stage, but I guess rather than get the crowd in each shot, I would separate the DJ from the crowd and just shoot the DJ doing their thing. We all know there is a massive crowd beyond that fog and the lights. Prior to shooting these sets I didn’t really know what the hell DJs did on stage, still learning but it a lot more than just pressing play for most of these guys. They are in the zone most of the time and I think that zone needs to be photographed more in depth. Almost all the DJ shots I see are from behind the DJ or with a fisheye. I suppose that is what the ideal client wants, but man it gets bubble gum boring.

I did get my flash on stage for the images below, you will be able to tell which ones are shot with my flash. White wash/fog with the DJ slightly silhuetted. I was able to shoot most of the artists on the Dub Step stage, I think that is what it was. Everyone except for the headliner, Borgore. I got kicked off right away, apologized to the tour manager and asked him if I could grab my flash of the stage quick before laving. He reluctantly let me run on the stage. I felt bad but I just couldn’t leave $600 in gear behind.

That’s what I got for personal thoughts this time around, I am sure it will change in the future as I start to understand why people photograph DJs the way they photograph them, but for now I’ll let my ignorance lead me as I enjoy just doing my thing. I went to the venue the night before the show to photograph the stages, so these first few images are a few of those shots.

Overall I think I got some solid images of Liquid Stranger and Crizzly. I focused on these two the most as I was able to photograph them the way I wish I could shoot every artist. I am hoping that next festival I go to I can work for a few artists officially. We shall see, for now it is a networking work in progress.